A CHRISTMAS CAROL
"this is Scrooge’s show, and Patrick McCarthy gives a bravura performance as the querulous, quarrelsome, quivering old skinflint, and his gleeful morning-after 'newborn baby' is a marvel of acting technique.”

"this story always stands or falls with its Scrooge, and the Little Theatre has selected a man equal to the task - Patrick McCarthy ... his delicious vicious wit at the beginning, and his wrenching, wounded plea for help for a second chance at the end.  McCarthy knows how to make the former just false enough to be fun , and the latter just real enough to tug at your jaded heart."
​Little Theatre  on the Square, Sullivan, IL   Dan Hagen - THE ADVANCE - Sullivan, IL

“Patrick McCarthy’s Scrooge finds just the right tone for the Christmas curmudgeon.  He is especially wonderful on the morning of his redemption… His glee is infectious, but it’s also convincing”
Mill Mountain Theatre, Roanoke, VA   Katherine Reed – ROANOKE TIMES 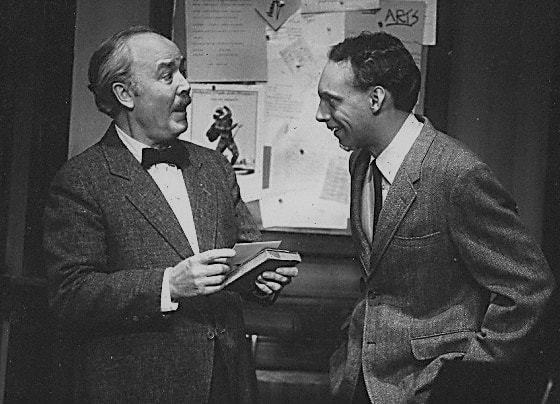 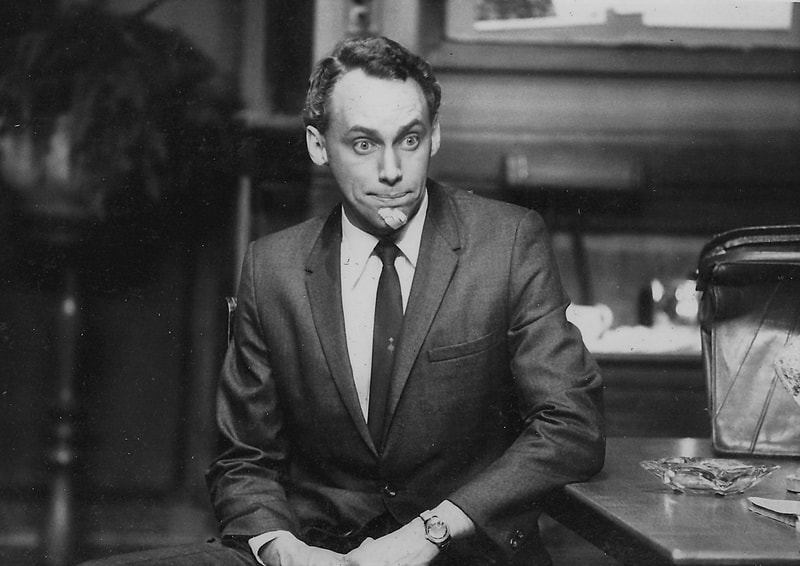 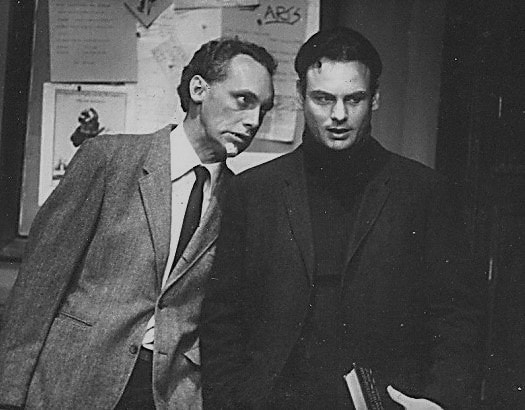 QUARTERMAINE's TERMS "Derek Meadle (Patrick McCarthy), the new part-timer, is the class klutz, whose full correct name nobody can ever get quite straight, and who like WKRP's Les Nessman appears in the school staff room every scene with a bandage in a different spot... McCarthy, a Rep first timer, does quite well as nerdy Derek"  with Scott Edmunds and Mark Johnson
Arkansas Repertory Theatre, Little Rock - Eric E. Harrison DEMOCRAT Entertainment editor

NOISES OFF "Patrick McCarthy, a favorite at the Little Theatre in recent years, finally gets to do what he does best … He’s hilarious as a staggering drunkard portraying a two-bit burglar … With a fluid face like his, a straight man he’s not.”
​Little Theatre on the Square, Sullivan, IL   Theresa Churchill – DECATUR HERALD

WHERE's CHARLEY?  Barry Anderson as Charley "teams up beautifully in a delicious cat & mouse game with Patrick McCarthy (Mr. Spettigue) as the fortune hunting suitor. Their timing is impeccable, they work hard, (and show it) and have a ball (and show it) And they stop the show"
Little Theatre on the Square, Sullivan,IL   Carl Lebovitz – JOURNAL GAZETTE
​
WHERE's CHARLEY?  "McCarthy as the twitchy, greedy 'Mr. Spettigue' ... knows how to please a crowd"
Little Theatre on the Square, Sullivan,IL   Dan Hagan – The ADVANCE

​MEET ME IN ST LOUIS    “As Grandpa, showing a gift for playing kindly, mischievous old men without overdoing it.”
Little Theatre on the Square, Sullivan,IL    Carl Lebovitz – JOURNAL GAZETTE

KISS ME KATE  “But if anybody can be said to steal the show, it’s the two gangsters … Patrick McCarthy & Gary Slavin are a riot from the minute they come on stage to the time they exit with a rollicking ‘Brush Up Your Shakespeare’.  And what’s even better is that it’s obvious they’re having a great time.”      Centre Stage, Adrian, MI    Arlene Bachanow   MICHIGAN DAILY TELEGRAM

HAIRSPRAY  "The two stars of the show, in my opinion, were Glory Kissel and Patrick McCarthy as the Female and Male Authority Figure ... Patrick McCarthy made the usually small Male Authority Figure role into an extremely fun and memorable character! As Mr. Spritzer, he mumbled to himself and made the character look like someone who had no clue why they were there or what they were doing. His Mr. Pinky and Principal were just as funny; his personality with those characters had the audience laughing hysterically. I can’t say enough about how much I enjoyed his performance!"  Little Theatre on the Square, Sullivan, IL

​URINETOWN   As "Caldwell B. Cladwell, the amoral, avaricious CEO of Urine Good Company" ... "McCarthy is hilariously unctuous and amazingly energetic"

URINETOWN  "wickedness is only surpassed by that of Caldwell B. Cladwell, the sartorially snide CEO of UGC (Urine Good Company) who, as played by Patrick McCarthy, is a glutton for his own gall." "It takes a universally dedicated and talented ensemble to make a joyful noise of bladder oppression. At Smithtown, it's an experience not to be missed." 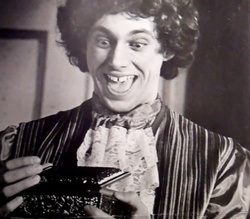 SHE STOOPS TO CONQUER
“Patrick McCarthy is gigglingly relentless and a rubber faced rib tickler as chief bumpkin Tony Lumpkin.  The line between messiness & inspired clowning is paper thin and it is here that McCarthy’s angular body walks”
​Dominique Paul Noth – MILWAUKEE JOURNAL

“His appearances…are always sparkling.  Comparisons are often invidious but in McCarthy’s case they are flattering, he is the perfect combination of clown and knave.”      Tom Smith – WAUKESHA DAILY FREEMAN 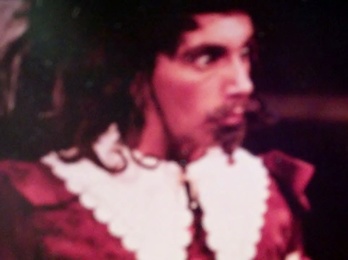 ​HENRY V   Canterbury, Bardolph, Erpingham, King of France  "Patrick McCarthy who plays a pompous Archbishop of Canterbury, can't be the same actor who appears a little later as low-life Bardolph, can he?  Both may be garrulous, but they're worlds apart. McCarthy spans those two worlds quite effectively."
​Actors Shakespeare Company, Jersey City / Elizabeth, NJ     Peter Filichia   The STAR LEDGER, NJ

THE WOULD BE GENTLEMAN “the vitality of the company coupled with the outstanding performance of Patrick McCarthy…adds some really campy and ‘now’ dimension to the show”
​Pegasus, Chicago       Stu Feiler – CHICAGO LERNER NEWSPAPERS

THE APPLE TREE “McCarthy puts a sly sinuous twist on his characterization of the snake – tempting but not too menacing.”       Apple Tree Theatre, Chicago      Dail Willis – CHICAGO SUN TIMES

SPOON RIVER ANTHOLOGY   "Tall, thin Patrick McCarthy is brilliant in every role he assays.  His characters are all well done but his work as the rich old man is by far the best.”
Pegasus, Chicago         J. E. Quinlan – CHICAGO NEAR NORTH NEWS

​The SUM of US   Dad  "What ultimately makes this staging a winner are the actors, particularly McCarthy. Previously seen at the Shakespearean in "The Weir" in which he made an equally strong impression, McCarthy once again draws upon a colorful inventory of quirky personal mannerisms to convey to us the various dimensions of his character.... allowing us to share in the pain of his shyness ... reaching out to us from a distance that McCarthy has breached seemingly without effort."

​The WEIR   Jack   "A nuanced amalgam of an effortless joviality somehow reminiscent of an early Donald Sutherland and a deep well of loneliness from someplace else, he roots this staging with an inspiration that's infectious" 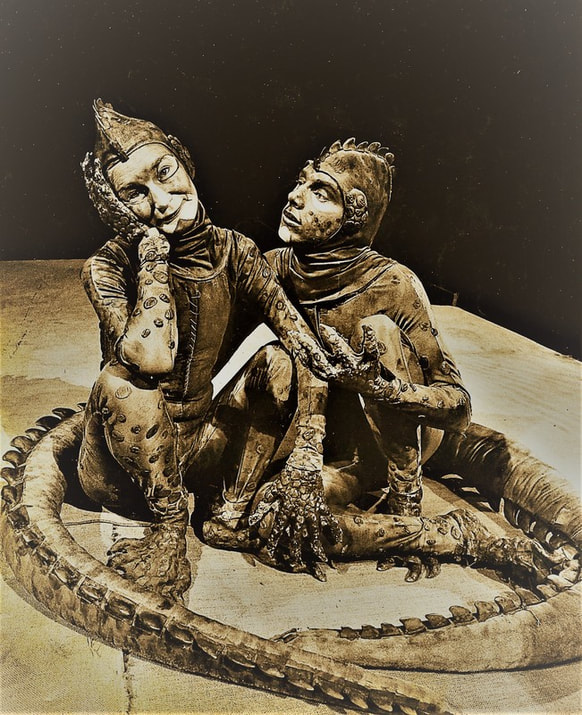 “Clayton and McCarthy enact the difficult roles of the lizards with phenomenal reptilian grace.  The wide-eyed stares, the open mouth gaping, their convincing beast-like demeanor are a result of a total absorption of actors in their roles.”

“Most performers can either sing, dance or act but few do all three really well.  The exception … Patrick McCarthy” 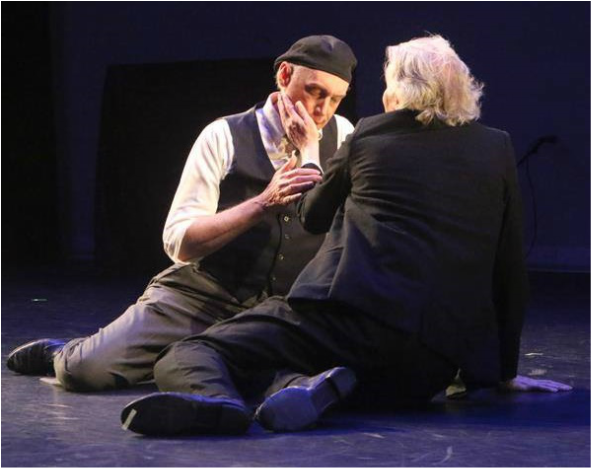 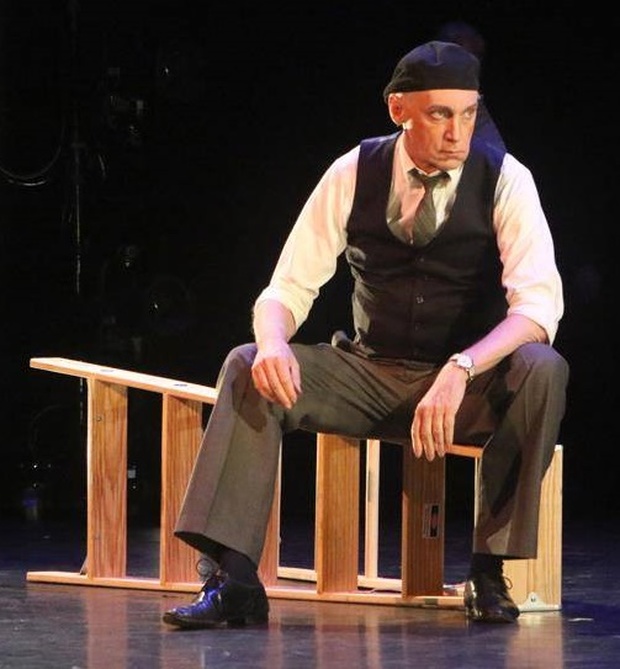 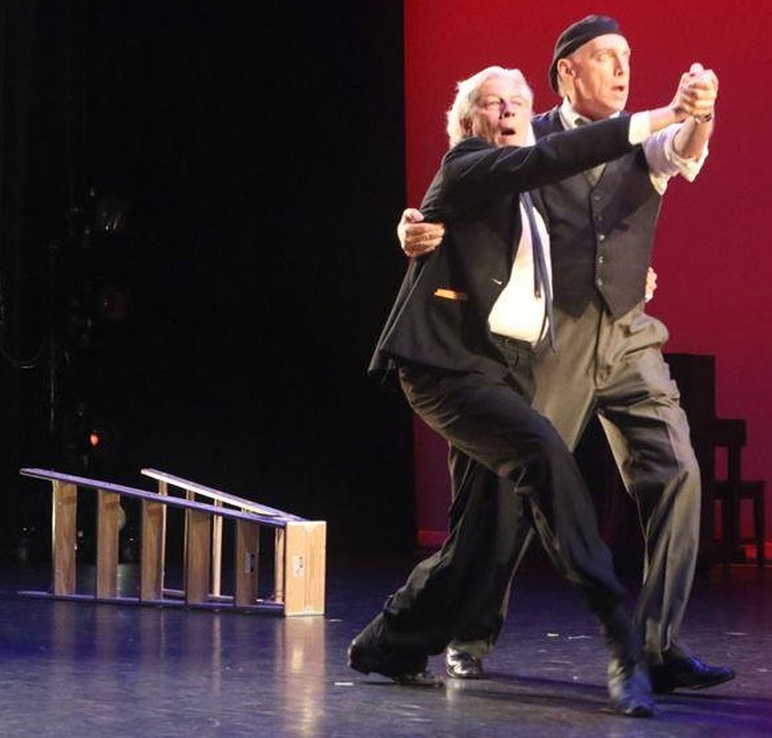 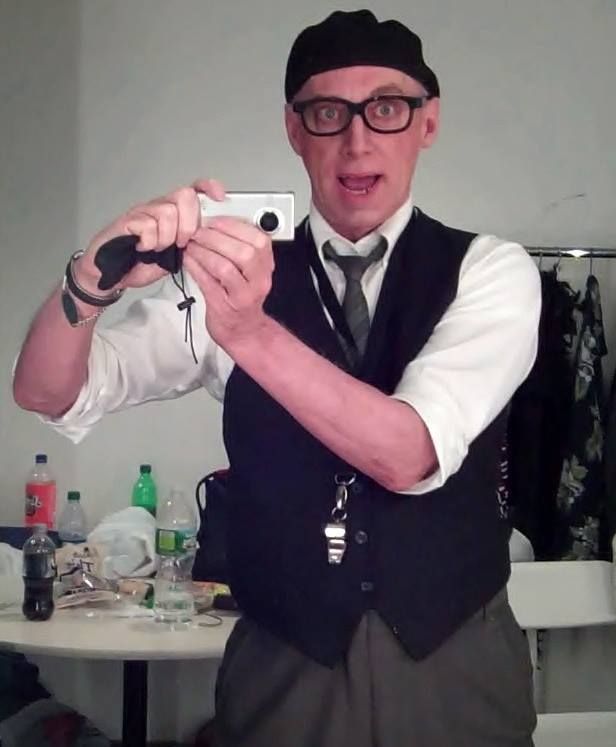 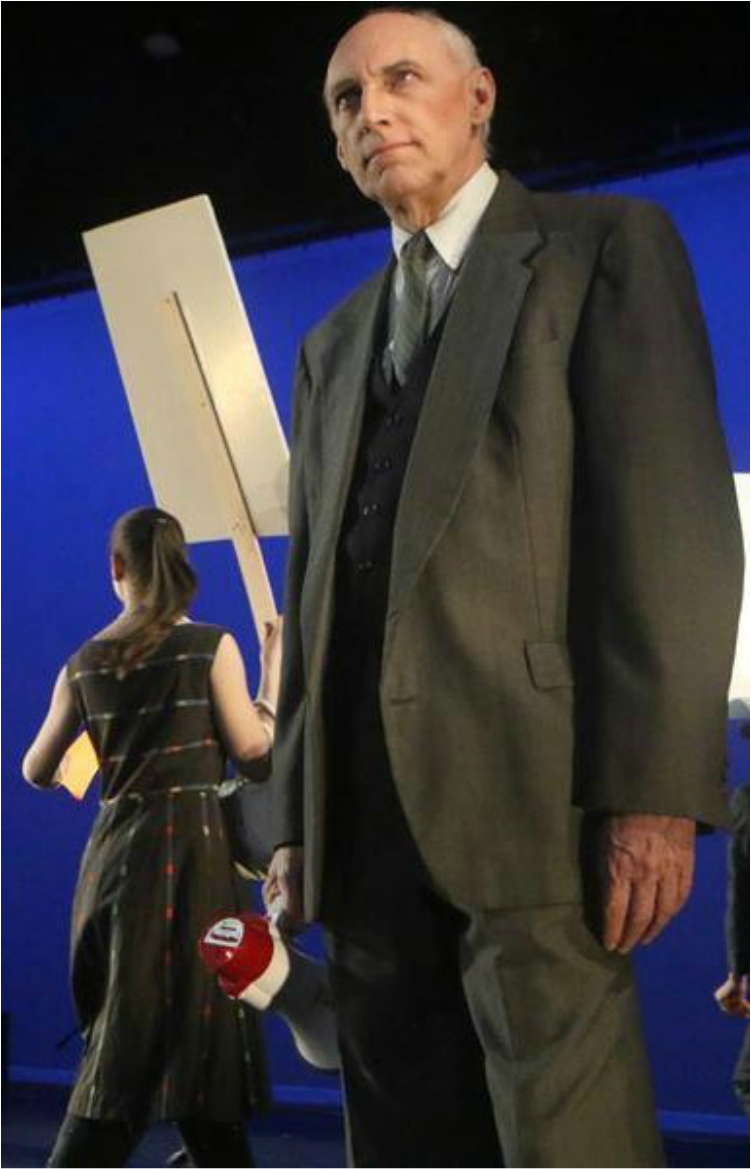 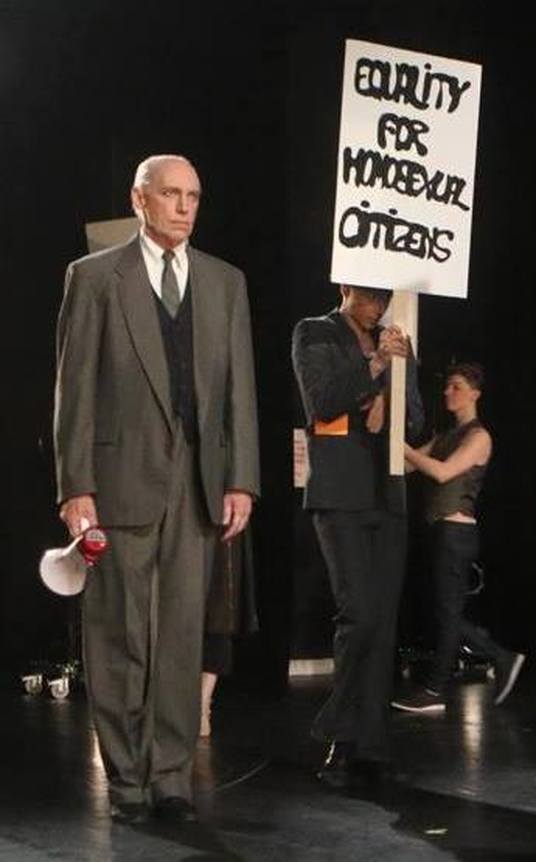 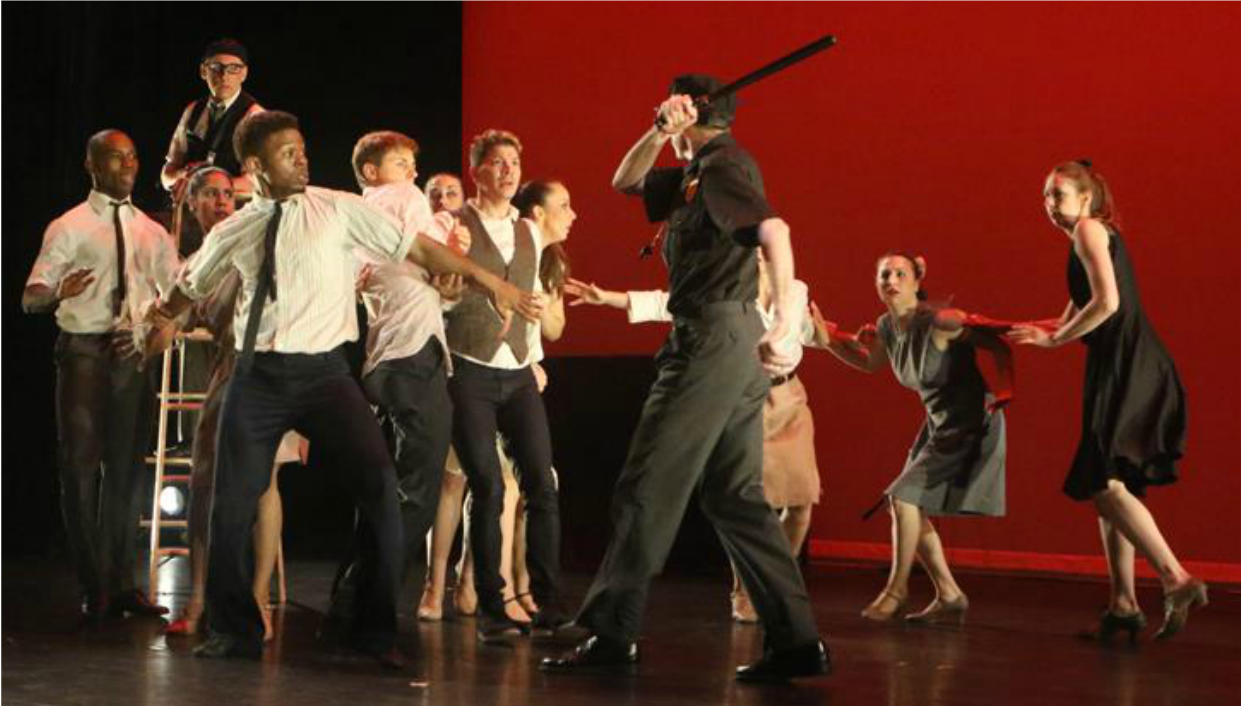 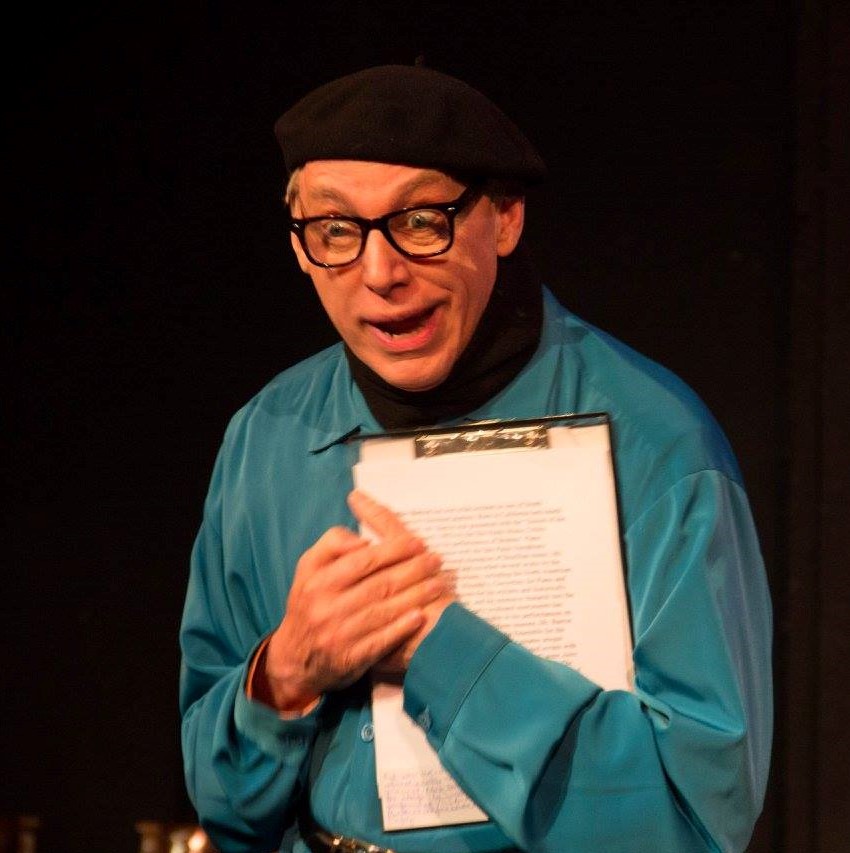 Rory Oxford "Giving Notes" at Shakespeare With Benefits January 20th, 2017 Benefit for the ACLU at the West End Theatre, NYC